CONCEIVED BY HATE " Death and Beyond " CD 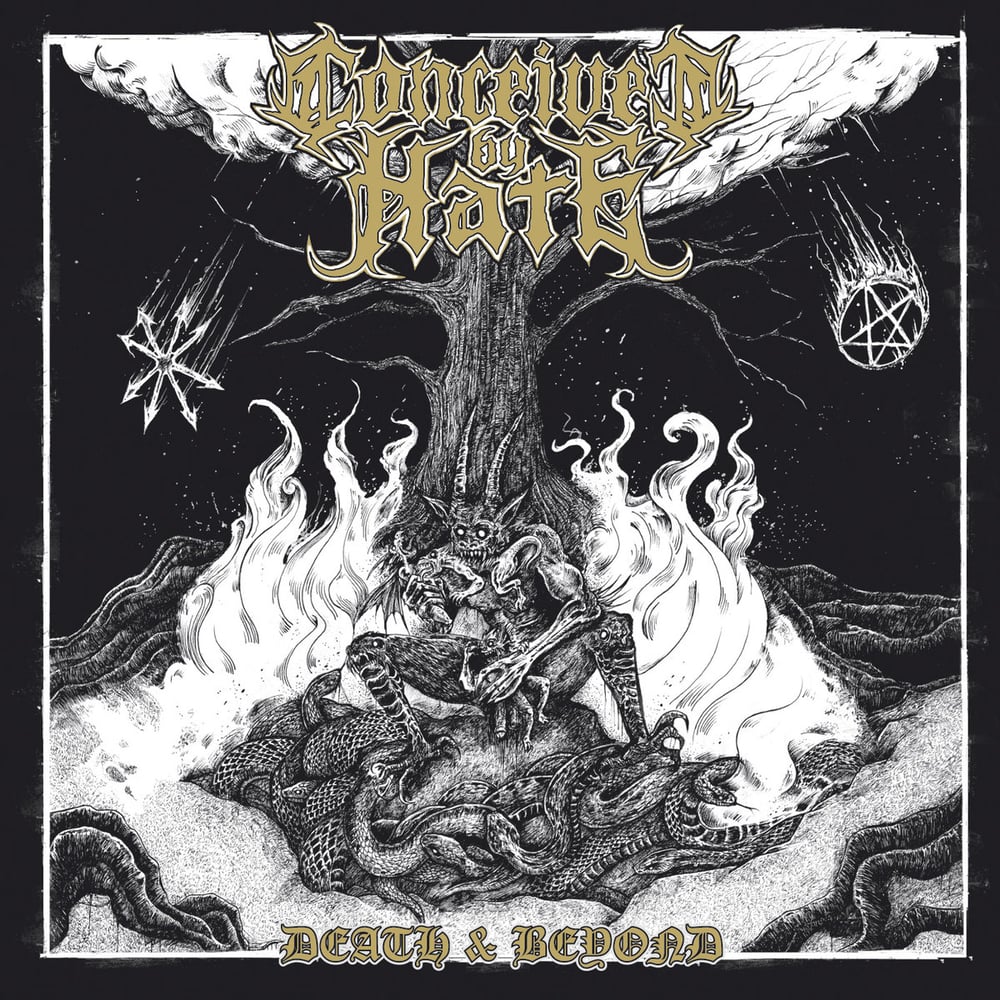 Conceived By Hate " Death and Beyond " CD

Limited edition to 500 copies made.

Conceived By Hate are a band from El Salvador that has members from DISORDER and MORBID STENCH , They a thrash a mixture of death and speed metal .... Here is the 2016 new album release "Death & Beyond" which was released as a joint effort between Satanath Records, Morbid Skull Records and Deathgasm Records.

Raw South American Hell with no compromises ! This new release shows the band's bloodied metal that thrashes with a mixture of some blast beats , evil sound , and plays to its metal roots !!!

The production is extreme and much more heavy then the last album....! Comes with 12 page booklet and excellent cover art.